Since my first was an unplanned pregnancy, my husband and I never even had the opportunity to consider private healthcare for the pregnancy. There is a minimum 12 month waiting period to make any claim on private healthcare, which means you’ll have to sign up for it before conceiving.

However, I quickly realised that for some of my friends, private healthcare for their pregnancy was almost an obvious choice. Needless to say, I asked many questions to find out the pros and cons of private healthcare and did my own research on the real costs and benefits.

Here’s the one thing that you may or may not know about private healthcare for pregnancy and childbirth (in Australia):

Private healthcare only covers your labour and private stay at a hospital (i.e. all inpatient costs) but DOES NOT cover any of your obstetrician visits, ultrasounds scans or blood tests.

It is important to emphasise that this entire article only discusses the Australian private vs public system, and is expected to be quite different in other countries such as the United States.

Costs and benefits will also vary from state to state within Australia, and can even differ between hospitals. All information presented here is general in nature and takes the average when costs are involved.

▲ Based on information obtained from BUPA as well as personal experience

Let’s take a look at both these reasons.

This term refers to having a single assigned professional taking care of you throughout your pregnancy, labour, and 6 weeks postpartum. It can be either an obstetrician or a midwife (as is often the case in New Zealand).

This continuity of care means you see the same person for every check up and he/she understands your situation at every stage thoroughly. There is no concern for handovers or having a stranger with you during labour.

There are numerous benefits to this model of care and the Australian government has been making a push for this at public hospitals, where it is generally lacking.

It is ironic when parents-to-be say that having private health insurance gives them a peace of mind, because, if anything, private hospitals are LESS equipped to deal with labour and newborn complications than a public hospital.

As can be seen from the table above, in most cases where mum or baby requires intensive care, they will be transferred to a public hospital. This is also testified by my friends who opted for private healthcare.

No waiting time at appointments

In the public system, whether you’re using shared care GP or midwifery-led care, even if you’ve already made an appointment, you will likely have to wait 30-60mins each time if they’re running behind schedule, which happens far too often.

You will need to travel

If your obstetrician isn’t near your place, you will need to travel for each appointment, which becomes more frequent the closer you draw to your due date. This can become quite a drag if you’re still working or have other commitments elsewhere.

On the other hand, with the shared care GP under the public system, you can opt for a GP that is closer to your place, or wherever is most convenient for you.

You are under time (or financial) pressure to conceive

As mentioned earlier in the article, you need to start paying the monthly premium at least 12 months before giving birth. This means that you’ll be paying ongoing monthly premiums of $150-$200 until you conceive and give birth, which for a certain friend of mine took three years, so just imagine how much she’d paid at the end of it all!

Now this one is really just based on personal experience and speaking to my friends who birthed in a private hospital. When I was at the public hospital both times, they only discharged me after my babies are able to successfully latch and nurse.

The midwives and lactation consultant were very hands-on and determined to help me succeed in breastfeeding, which I understand can be quite stressful and pressurising for some mums.

On the other hand, my friends who attended private hospitals were discharged even though their babies still had latching and feeding issues.

C-section rates have almost doubled from 18% to 31% between 1991 and 2008 in Australia and this has been credited to the rise of private healthcare. This trend is also observed in NSW private hospitals like the Prince of Wales Private Hospital.

The below table sourced from the Australian Government Department of Health reflects the fact that C-section rates are 40~50% higher in private hospitals as compared to public ones.

Personally, many of my friends who went to a private hospital were scheduled for an elective C-section because their babies had not turned heads down at 36 weeks. However, there are many other options to try before turning to C-section, including External Cephalic Version (ECV), moxibustion acupuncture, antenatal yoga downward poses, chiropractic adjustments and more.

Also, the success stories of breech vaginal birth are increasing in recent years. I’ve known two friends who have naturally delivered breech babies (both in public hospitals I should add).

If you’re a pro-natural person and would like to endeavour for a vaginal birth followed by breastfeeding, public hospitals would be your safer bet as their midwives will have more breech birth experience than obstetricians.

Read my in-depth research on a vaginal breech birth (VBB).

Bear in mind that this table takes the AVERAGE costs, which can vary from state to state.

Needless to say, the costs outlined above are for EACH pregnancy, so if you’re planning for a second or third, you just need to multiply the costs accordingly.

With private healthcare, you’re really just paying an extra 7-10k for a bit more comfort and convenience. Yes, having the continuity of care is great, but if you’re diligent in keeping yourself well informed and being aware of yours and baby’s condition, it more than makes up for it and you’ll be just as fine in the public system.

At the end of the day, I believe being financially savvy doesn’t always mean going for the cheaper option. Rather, it means to do my research, crunch the numbers, weigh the pros and cons against each other, and make an informed decision of how I want to spend our hard-earned money.

With both my kids, I went via the public system and I am more than happy with the experiences I’ve had. I’m also delighted to see in clear numbers that I’ve saved at least a whopping 15k! 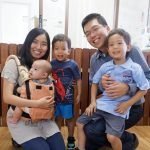